These are notes from a recent presentation I gave on nuclear energy and the considerations surrounding it.

~70 under construction, mostly in China, where coal power air pollution is an urgent issue

~5 under construction in the US, the first permits issued in 34 years 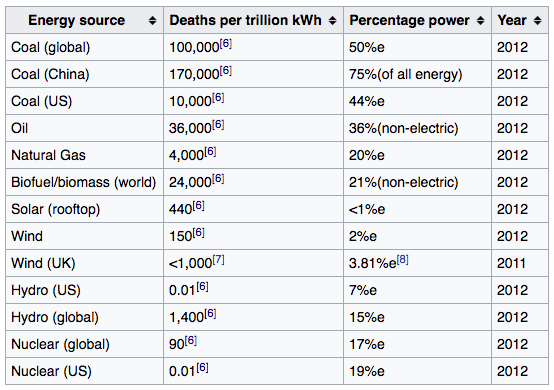 Coal: Historically, coal mining has been a very dangerous activity and the list of historical coal mining disasters is a long one. In the US alone, more than 100,000 coal miners were killed in accidents over the past century,1 with more than 3,200 dying in 1907 alone.2 In the decades following this peak, an annual death toll of 1,500 miner fatalities occurred every year in the US until approximately the 1970s.3 Death rates per year between 1990 and 2012 have continued to decline, with in the US below 100 coal mining fatalities per annum occurring each year during this period.4

Hydro: Dominated by one disaster in which Typhoon Nina in 1975 washed out the Shimantan Dam (China) and 171,000 people perished.

Oil: The rupture of the NNPC petroleum pipeline in 1998 and the resulting explosion cause 1,082 deaths.

Nuclear: The 1986 steam explosion at the Chernobyl nuclear reactor in the Ukraine caused approximately 4000 deaths in total, to eventually result in the decades ahead due to the radio-isotope pollution released.

Carbon Emissions Fatalities: By far the greatest energy fatalities that result from energy generation by humanity, is the creation of air pollution. The most lethal of which, particulate matter, is primarily generated from the burning of fossil fuels and biomass and is estimated to cause 2.1 million deaths annually.5 6

There are some 65,000 tons of nuclear waste now in temporary storage throughout the U.S.7 Since 1987, Yucca Mountain, in Nevada, had been the proposed site for the Yucca Mountain nuclear waste repository, but the project was shelved in 2009 following years of controversy and legal wrangling.8 9 An alternative plan has not been proffered.10

Without a long-term solution to store nuclear waste, a nuclear renaissance in the U.S. remains unlikely. Nine states have “explicit moratoria on new nuclear power until a storage solution emerges”.11 12

There is an “international consensus on the advisability of storing nuclear waste in deep underground repositories”,13 but no country in the world has yet opened such a site. 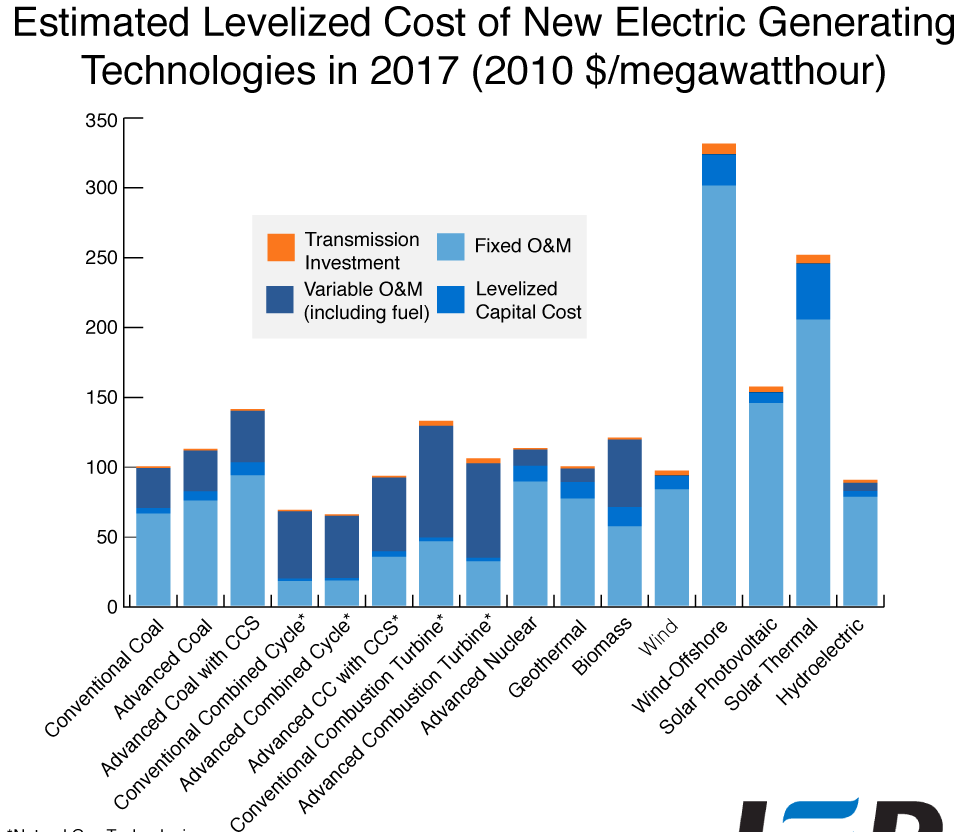 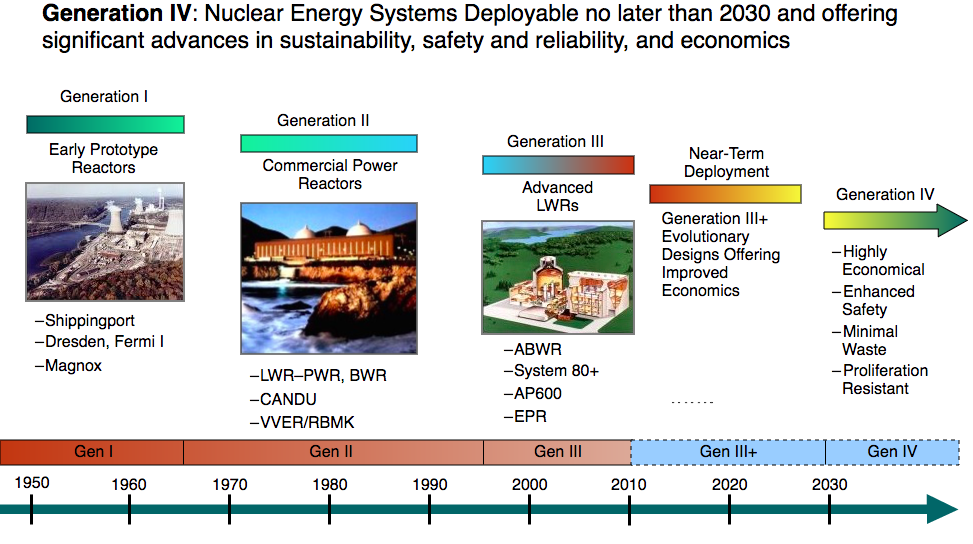 Observers attribute the nuclear controversy to the impossibility of generating a shared perception between social actors over the use of this technology14 as well as systemic mismatches between expectations and experience. 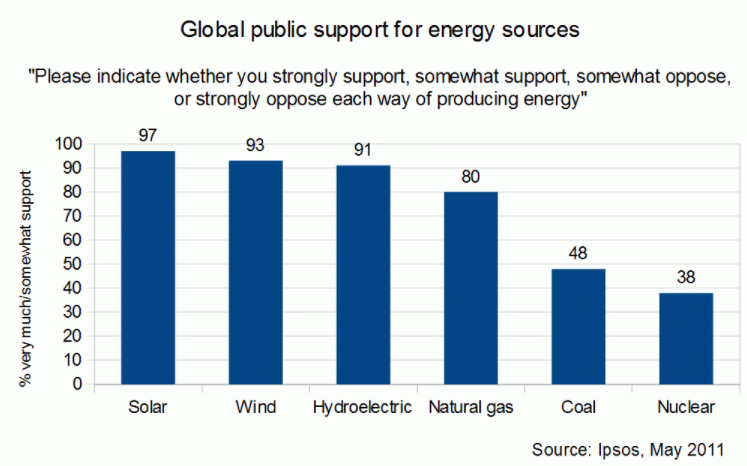 Arguments against (from Lowe):15

After a cooling-off period that may last as long as a century, reactors must be dismantled and cut into small pieces to be packed in containers for final disposal. The total energy required for decommissioning can be as much as 50% more than the energy needed for the original construction. In the U.S. there are 13 reactors that have permanently shut down and are in some phase of decommissioning, and none of them have completed the process.

There is a federal insurance subsidy for incidents beyond cost of $10bn in the US.

Coal plants release more radioactivity into the environment than nuclear plants, through the release of thorium and uranium in coal ash.16

Studies conducted by non-profit, neutral agencies have found no compelling evidence of correlation between nuclear power and risk of cancer.17